What is the Young Players Academy? This team is intended as a jumping off point before travel and provides all of the benefit of travel, including high level training year round, winter indoor competitive games, friendly games against other clubs with minimal travel to games. A regular travel season would also include 8 games in the fall and 8 games in the spring, 4 in each season are traveling outside of Oak Park to get there. This team will not do that in its first year. The plan is to grow in skills, introduce the kids to higher level soccer skills, play indoor competitively and be ready for travel the following year.

What to Expect: This is a training team that will train exactly the same amount as a team playing in leagues, however, it will not be playing league games in the fall and will focus on training, meshing as a team, scrimmaging and playing some friendlies against other clubs. By winter, this team will enter in to regular winter league play for indoor games. In spring, it will return outdoors for spring training and scrimmages and friendly games.

High School Boys on their Teams! 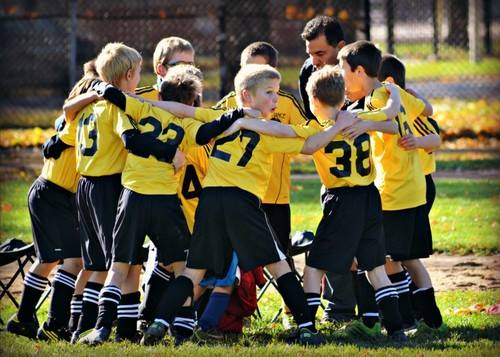